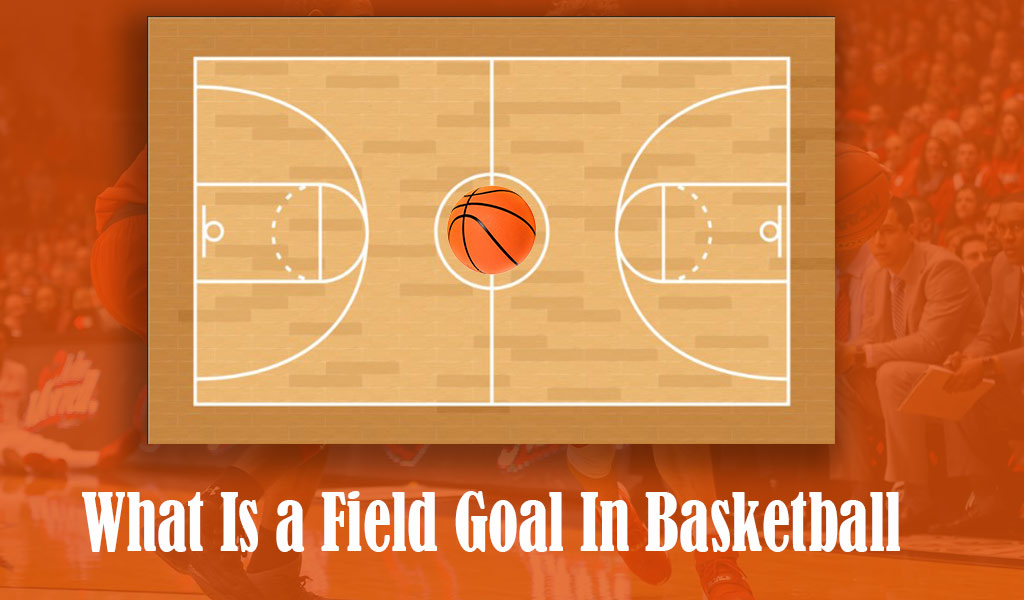 The term field goal in basketball covers a wide range of shots, from a dunk to a three-point shot.

And this field goal is used as an important statistical factor in determining the best players in basketball.

The great Kareem Abdul-Jabbar, former Los Angeles Lakers center, holds the record of most career field goals in the history of NBA league.

The legend scored a total of 15,387 goals in his entire career. He also has the accolade of attempting most field goals with the gigantic number of 28,307 attempts!

However, if we simplify the term, it stands as ‘a field goal is any shot,except a free throw, that is attempted by a player’.

A type of field goal is known as Slam Dunk.

This goal occurs when a player jumps near the basket with the ball possession throwing the ball down through the basket while airborne.

The secret behind naming this goal is the activities that involve scoring a slam goal, such as the player's hands hitting, grabbing, then releasing the hoop.

You can get a good idea about a basketball player’s performance observing his percentage of the field goal.

This percentage expression is calculated by taking the number of field goals made by the number attempts, then multiplying by 100.

For example, a player attempted 10 shots and scored 4 out of them. In this case, he will have a field goal percentage of 40 percent.

This statistic also crucial for the teams.It helps to evaluate a player for potential draft or trade.

However, if a player has field goal percentage anything above 50%, is considered a good field goal fraction in both NBA and NCAA basketball leagues.

How Many Points A Field Goal Caries

A field goal can be awarded as 2 or 3 points depending on your distance from the basket when you shoot the ball.

As a team member, a player always wants to score a 3-pointer goal.

Indeed, it’s a great chance to maximize the point difference from the opponent.

What if you have been fouled while attempting a 3-pointer goal and you miss that shot?

In this case, you will be given up to three free-throw attempts. But, if you can score in spite of being fouled, you will get only one free throw which can be a way of earning 4 points for your team.

More excitingly, even you have the chance to score 5 points at once!

If you are attempting a 3-pointer and the foul that committed on you gets ruled as Flagrant 1 or Flagrant 2 foul,in this situation, you’ll be rewarded by 2 free throws which have a chance of a 5-point play.

A field goal has no special impact on a team unless you make it as bonus pointer for your team.

After knowing the details about the field goal, if you want to improve your field goal skill, you should try to practice scoring behind the three-point line.

Furthermore, if you are a defensive player, you should concentrate on preventing opponent scoring any field goal against you.

In some point of the game, if the opponent somehow gets the chance of field goal, you should let him go for two or three points. Because sometimes your tackle for saving two or three points can cause your team to concede up to five points.