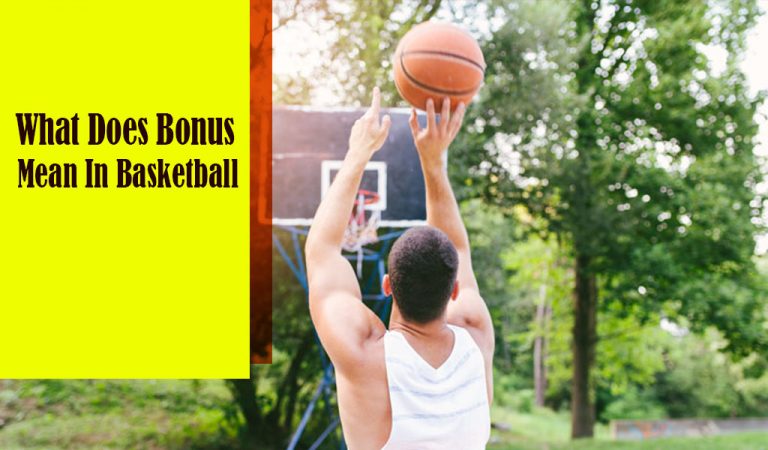 For any game, there are some codes of conduct.

These regulations ensure a fair competition between the teams, and every team is obliged to follow them.

However, if a team violates any rule, that team has to pay for it by rewarding penalty to the opponent. Bonus in basketball is a type of penalty.

In every game or a part of game, a certain team is allowed to commit a particular number of fouls.

Accidently, if that team exceeds that allocated number of fouls, their opponent team gets bonus. This bonus is been rewarded as means of free throw to the basket.

Though this is the common meaning of the term bonus, you may also find other meanings of the term when you visit different basketball leagues around the world.

Here we are going to cover three popular leagues’ perspective of bonus.

NBA stands for National Basketball Association is a men’s professional basketball league in North America. The league is composed of 30 teams and follows their own set of rules.

In the NBA league, if a team commits more than 4 fouls per quarter of the game, the opponent gets the bonus. This bonus is given by two free throws.

For example, if a team has already committed 4 fouls in the quarter portion of a match, for each foul they commit after the 4th foul, opponent team gets the opportunity for two free throws.

This process of giving and getting penalty keep going after each foul. And the points the rewarded team gets from each penalty counted as bonus here.

According to the FIBA rules, if a certain team commits more than 4 fouls per quarter of a game, the rival will get rewarded free throw for the 5th foul and all other subsequent fouls after the 5th one.

In the match, the other team will be rewarded with a bonus for all the non-shooting fouls committed by a particular team. And, the bonus will be given in terms of 2 free throws to the opponent team’s basket.

College bonus rules are quite stricter than the NBA and FIBA. As you know an NBA game is divided by four parts and each part is called quarter, but a college match has only two halves.

In college league match, a team can commit 6 fouls per halves of a game without being charged by the bonus penalty.

After 6th foul, the team is been charged by the penalty. This penalty has two dimensions:

Firstly, for the 7th, 8th and 9th foul, the opponent team gets one free throw.

If the rewarded team can score from that one chance, they will get the second chance. If they can’t score from the first throw, the referee resumes the game.

Secondly, if any foul after the 9th is committed, the rival team gets two consecutive free throws.

In this respect, it doesn’t matter whether the team scores or misses the first chance, they are allowed to take two throws at a time.

Two free throws at the same time is also known as double bonus.

Bonus can be the curse for a team and be the main reason behind the defeat of a match.

Moreover, when a team’s foul becomes the reason of the bonus, the team spirit gets affected. So,if you are a basketball player, you should have a positive impact to your team avoiding any kind of foul. 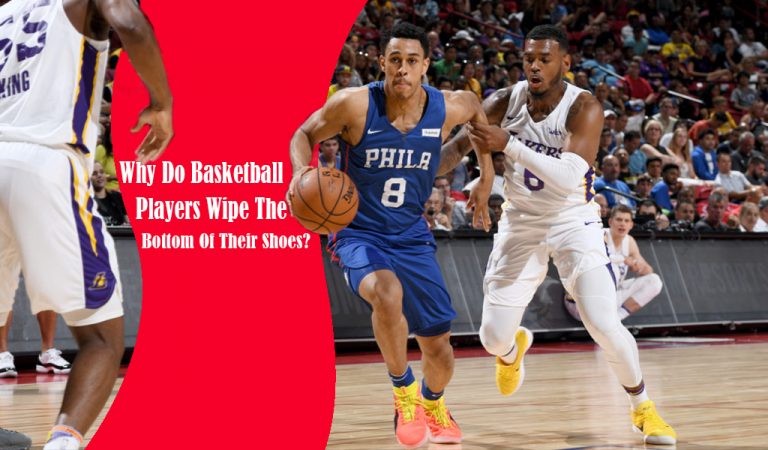 Why Do Basketball Players Wipe the Bottom of Their Shoes?

If you are a basketball fan, you probably have seen that some players wipe their shoe outsoles by their hands during the game.

This may seem quite awkward to you, but there is a valid reason behind this.

Basketball players wipe their shoes during the game to improve their shoes’ grip on the court.

Because, after playing for a few minutes the shoes’ sloes become full of dust and derbies, that affect the adhesive contact between the shoes and the court. As a result, players feel slippery during their moves.

So, to be safe from any slipping injury and get proper grip from the boots, a player has to wipe his shoes now and then during the game.

So, walking or running on a basketball court is different from an ordinary floor.

And the best part is if a player can ensure smooth and griped contact all the time between his shoes and floor, this slippery nature will be a blessing for him.

Positive Aspects of Wiping the Shoes

When a player gets solid support from his shoes and surface, he enjoys some benefits around the game.

Some of those positive aspects of wiping the bottom of shoes will be explained below.

As fast as you can run from basket to basket you will have better control over both defending and attacking section of your team.

Whether running with the ball to score or running after the opponent to bar them from scoring, you need a lot of support from the ground. And only good grip can provide you that much support.

Scoring to the opponent basket is the main objective of a team. To score goals, you have to throw the ball to the exact opening of the basket.

Sometimes you will get a chance to throw the ball from a near place of the basket and sometimes you have to make the throw from some distance.

Each kind of scoring attempt needs a top-notch precision. If you have a good grip, getting perfect precision will be easy.

If you are a defensive player, you have to block and bar the opponent from scoring against your team.

This defending involves blocking, jumping, chasing and many more tricks. Your stability on the ground helps you a lotto perform all these.

Cross over, in and out dribble, pump fake, behind the back dribble and hesitation dribble are some of the popular basketball tricks.

You can’t do any of these on the court if you are not constant on the ground. If you can ensure your stability, you can ace those techniques.

Reduces the Chances of Injuries

A significant number of basketball injuries happen because of unsafe landing. And most of the times, the reason behind this landing failure is slipping on the court.

So, if your basketball ground and your shoes are able to guarantee a solid bonding between them, you can land safely at any point of the court.

Why Players Keep on This Unhealthy Practice

All of these practices are unhygienic, but the players don’t care about it during the game. In the game, players have to prioritize to be indulged in playing the game, and they are ready to do anything for it.

Some Healthy Ways of Maintaining Grip in The Game

Gripping is important for performing well on the ground, but we should ensure that we are doing that in a healthy way.

However, hope you get a clear understanding on why basketball players wipe the bottom of their shoes and how the wiping actually helps them.