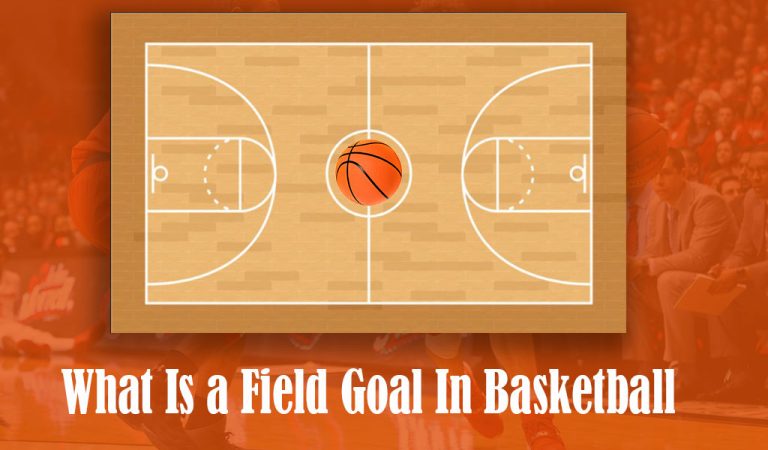 The term field goal in basketball covers a wide range of shots, from a dunk to a three-point shot.

And this field goal is used as an important statistical factor in determining the best players in basketball.

The great Kareem Abdul-Jabbar, former Los Angeles Lakers center, holds the record of most career field goals in the history of NBA league.

The legend scored a total of 15,387 goals in his entire career.

He also has the accolade of attempting most field goals with a gigantic number of 28,307 attempts!

However, if we simplify the term, it stands as ‘a field goal is any shot,except a free throw, that is attempted by a player’.

A type of field goal is known as Slam Dunk.

This goal occurs when a player jumps near the basket with the ball possession throwing the ball down through the basket while airborne.

The secret behind naming this goal is the activities that involve scoring a slam goal, such as the player’s hands hitting, grabbing, then releasing the hoop.

You can get a good idea about a basketball player’s performance observing his percentage of the field goal.

This percentage expression is calculated by taking the number of field goals made by the number attempts, then multiplying by 100.

For example, a player attempted 10 shots and scored 4 out of them. In this case, he will have a field goal percentage of 40 percent.

This statistic also crucial for the teams.It helps to evaluate a player for potential draft or trade.

However, if a player has field goal percentage anything above 50%, is considered a good field goal fraction in both NBA and NCAA basketball leagues.

How Many Points A Field Goal Caries

A field goal can be awarded as 2 or 3 points depending on your distance from the basket when you shoot the ball.

As a team member, a player always wants to score a 3-pointer goal.

Indeed, it’s a great chance to maximize the point difference from the opponent.

What if you have been fouled while attempting a 3-pointer goal and you miss that shot?

In this case, you will be given up to three free-throw attempts. But, if you can score in spite of being fouled, you will get only one free throw which can be a way of earning 4 points for your team.

More excitingly, even you have the chance to score 5 points at once!

If you are attempting a 3-pointer and the foul that committed on you gets ruled as Flagrant 1 or Flagrant 2 foul,in this situation, you’ll be rewarded by 2 free throws which have a chance of a 5-point play.

Additionally, if a player is fouled by his opponent while he is shooting, and the shot does not go into the basket, the player is not charged with an FGA.

Inversely, in the same situation if the ball goes into the basket then the player is charged with an FGA, and credited with an FGM, also receives an additional free throw.

A field goal has no special impact on a team unless you make it as bonus pointer for your team.

After knowing the details about the field goal, if you want to improve your field goal skill, you should try to practice scoring behind the three-point line.

Furthermore, if you are a defensive player, you should concentrate on preventing opponent scoring any field goal against you.

In some point of the game, if the opponent somehow gets the chance of field goal, you should let him go for two or three points.

Because sometimes your tackle for saving two or three points can cause your team to concede up to five points. 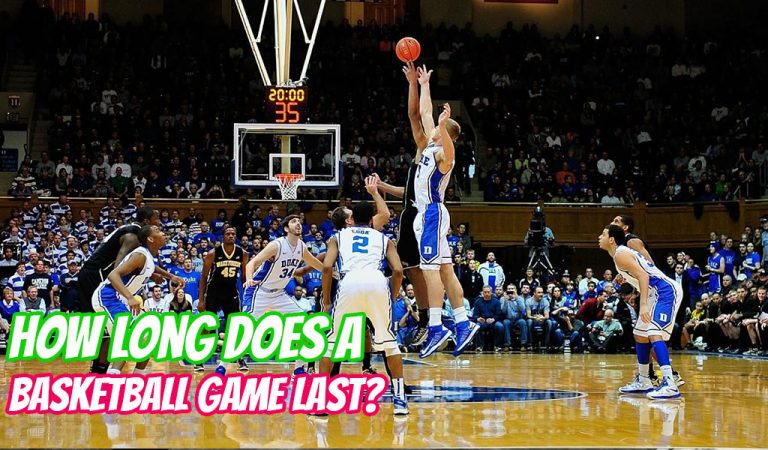 Basketball is a popular way of entertainment as well as physical exercise.

Different groupsof people around the world play this game for different purposes.

But, whatever their purposes are,the gameshave to be finished within a specific timeframe.

But in a competitive tournament, there are some timeframes for each league. Every league decides this time structure depending on their rules and competitive nature of the tournament.

Whether you are a player, coach or basketball lover, understanding the rules regarding the length of a game is important.

It is a must for a coach and player. It can also help a fan to manage his time to watch the game in his busy schedule.

Major Basketball Leagues and Their Timeframes

As I said, a friendly match hardly has a definite time schedule.There are a good number of leagues around the world who follow their own time formats.

Here we are going to discuss three different timeframes of three major leagues of basketball.

Basketball is one of the most commonly played sports in high schools.

According to the National Federation of State High School Associations, all high school basketball matches must last at least 32 minutes each.

This 32-minute game is also divided into four different parts called quarter. Each quarter of the match lasts for eight minutes.

In between the 1st and 2nd quarter and the 3rd and 4th quarter, coaches and players remain on the ground during an official timeout. And there is a 10-minute interval session after the first half of the game.

College level basketball games are different from high school basketball.College games have two halves instead of four quarters of a play.

Each half of the game lasts for 20 minutes. So, a complete match is 40 minutes long. In between the first and second half, there is a 15 minutes break for the players.

NBA mainly organizes the game in the USA. In NBA games, a match consists of 4 quarters. But unlike a school level basketball game, here the quarters last for 12 minutes each.

So, the entire game is a combination of 4 parts, that sums up 48 in minutes. Like college basketball game, here players and coach get 15 minutes of rest in between the halves of the game.

Above described time was the initial time for a basketball match.

However, if a match doesn’t have its winner after the initial time, it turns to additional time. All levels of basketball games have this opportunity for the teams.

In high school basketball, this additional period is four minutes. In the NBA and the college basketball league, this overtime is five minutes long.

Final Length of a Basketball Game

After all, a basketball game takes slightly longer than its actual length even if there is no tie in the game.

Because a game irrespective of its level, includes some optional activities such as half-time, fouls, timeouts and ball out-of-bounds.

All those activities result in a lot of instructions anda few extra minutes. Overall, including all the formalities and rules, a typical game takes 2-2.5 hours to be finished.

3 Longest Game in The History of NBA Basketball

There are some games that went beyond any normal competition.

In NBA basketball history, there are such three games that have lasted at least five overtimes!

On November 9, 1989, Milwaukee Bucks and Seattle Super Sonics played one of the longest games in the history. It had 5 overtimes.

Another game also took 5 overtimes to get its winner on November 24, 1949. The match held between Syracuse Nationals and Anderson Packers.

Any game of any league can be extended if both teams have the equal aptitude.

So, if you want to go for enjoying a basketball match, you should plan for a 3-hour game. Otherwise, you may have to leave the match without knowing the final result of your favorite team.